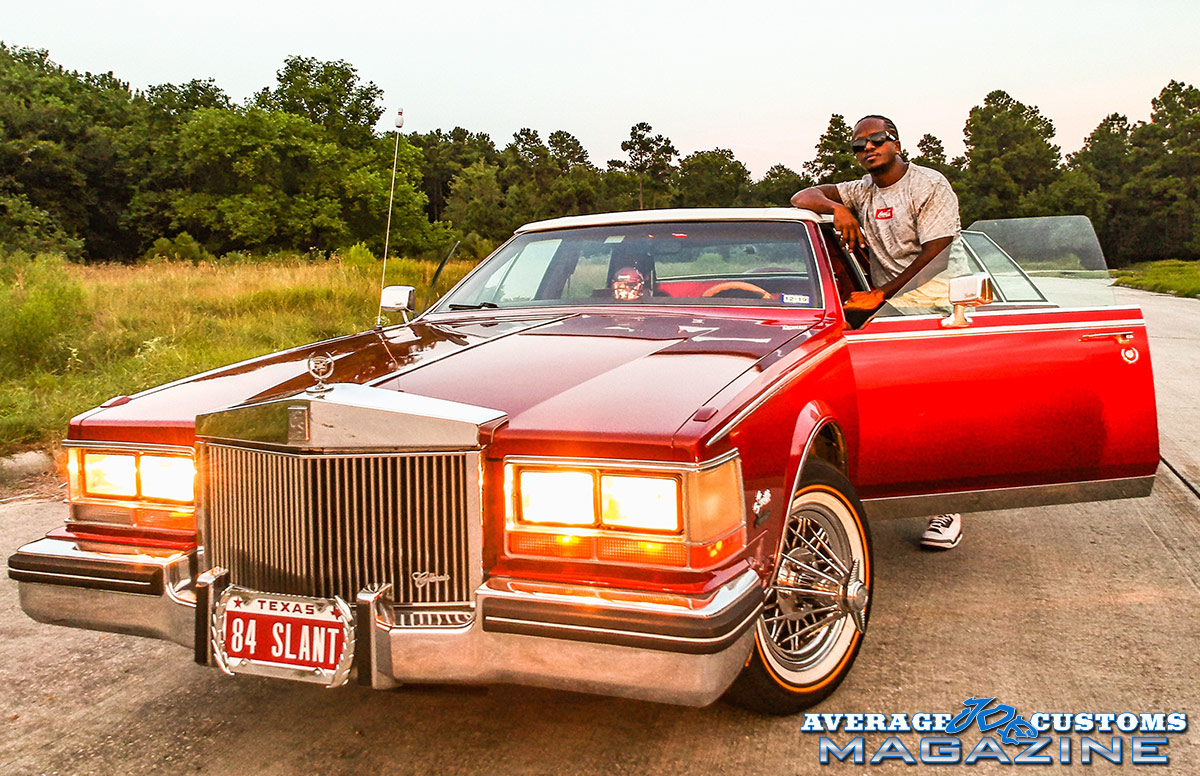 84 Slant for a Prince

My name is Stephen Prince, an avid fan of Slant Back Cadillacs. How did I even become interested in Slant-Backs you ask? If you were a part of my demographic growing up during the early 90’s in Houston, it was nearly impossible not to notice the Southern car culture. From the time I got my 1st car in 2000, all I could think about was one day pulling up in a S.L.A.B.. For those that do not know what a S.L.A.B. is, the acronym stands for “SLOW, LOUD AND BANGIN!”.

Evidently that would have to wait, considering my 1st car was a 1995 box Ford Taurus.   Lets fast forward to the faithful day of the hail storm which led to the totaling my Taurus. When I was informed that it was totaled, all I could think about was getting a Cadillac, “The Golden Standard” in this Slab community. Once the check came in, off to Tommy Vaughn Motors we went. I purchased a 1992 Sedan Deville, silver paint with Navy Blue guts and you couldn’t tell me SHIT!!! As a 19 year old making $8/hr, let’s just say I didn’t have money to pour into the car therefore it remained factory until I let it go due to a bad transmission.

It would be over 6 years before I had the opportunity to snatch up another Caddy. DJ Screw and the Srewed Up Click had glamorized this slab lifestyle during my adolescent years in their music and when you’d see them around the city.

Screw owned a candy blue Impala on blades, and Fat Pat had an early 80’s model Lincoln on 84’s. But it was Chad Butler aka “Pimp C” that made me want a slant, referencing it in multiple verses. “I love my wood wheel grant, 84 Cadillac that slant” Seville ran from 1980 -1985.

In 2009 I was driving and spotted a slant back rolling right by me. It was nothing to look at with its dull tan paint and missing hubcaps, but it had for sale across the back window and I saw potential. I called the driver and he wanted $2k which I gladly paid.

A few months later I painted it Royal blue and it was a head turner. The interior was brown with busted seats and a sagging headliner. I bought my 1st set of SWANGAZ, which were the originals wheels that poked out about 4 inches. I kept the car until 2015 before falling on hard times and being forced to sell it. As much as I hated to see it go, it was an asset which allowed my family to stay afloat. I’ll never forget the morning of October 29th 2016. I was sitting in the breakroom at work for lunch and decided to go on eBay and look at cars. As I scrolled through what do I see? A White 1984 Cadillac Seville in Brockton, MA, for a bid of $2150.00. The interior was immaculate so I put my bid in for $2175.

I thought that there was no way that I would win since my opponent was still free to continue bidding. As I returned to the break room to go home for the day, I checked my phone and to my pleasant surprise I had won the bid! I was beyond excited! I had it shipped to my home for an additional $800 after arrangements were made. Once I got the car this was the very first time I felt financial ready to give one the proper attention. I got a full tune up, had it painted red to compliment the seats, had the top re-wrapped in white, added a stereo with 3 12”s and 6 6”x9”, and last but not least some SWANGAZ including a 5th on the trunk. 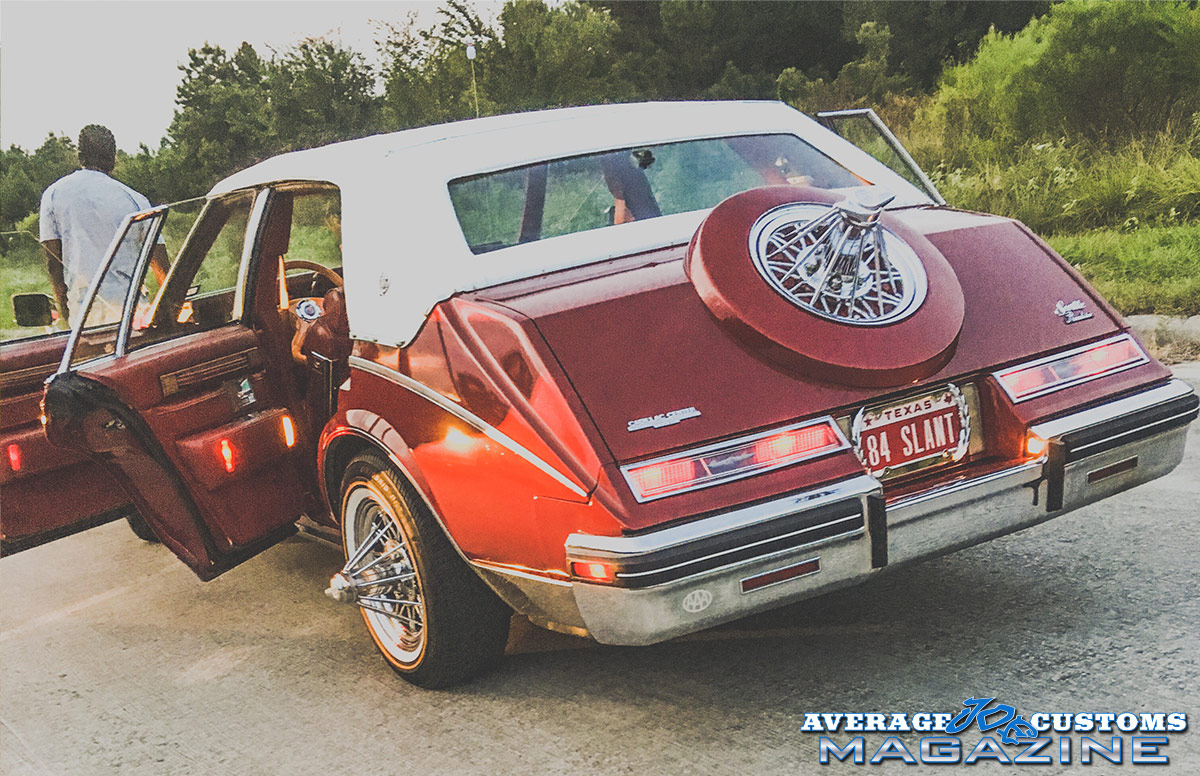 This is my garage kept pride and joy, that I drive her once per week. So this folks is my S.L.A.B. journey.